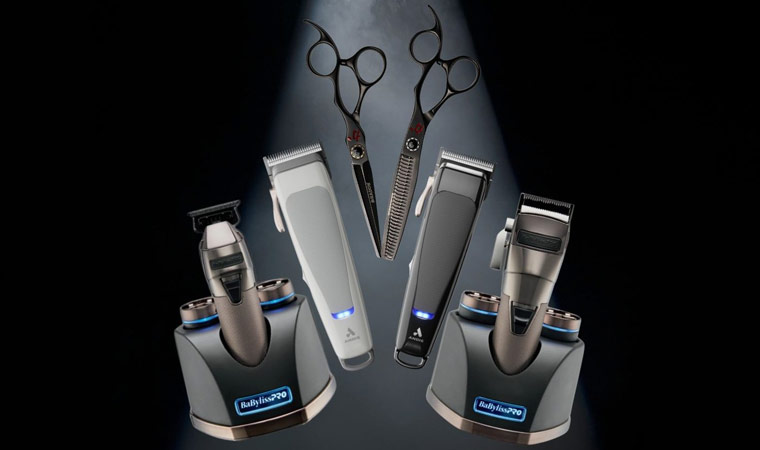 Since taking care of oneself can always come in handy for making a good first impression, it’s always good to have a reliable companion to take care of your grooming needs. While razors can give you a clean shave and corded trimmers can provide you with an impressive time limit, an item that can do both is a cordless beard trimmer.

If you’ve decided to stay back for the big reveal, know that your cravings will be met in the next few minutes! However, before skimming through anything and everything about the best cordless beard trimmers of 2023, be sure to check out the table mentioned below. In addition to containing a key feature of each entry, the table comprises intricate pieces of information regarding their price, battery life, and blade type; all of which will aid you during the decision-making. 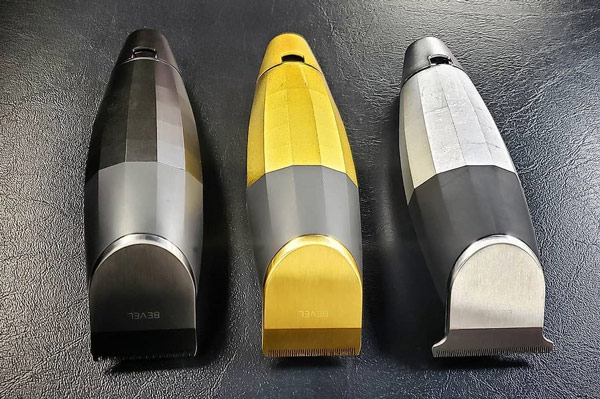 The first entry on our list is the Bevel Beard Trimmer for men, which is easily the most expensive option in this article, but also has desirable qualities to justify its value. The beard trimmer comes with a zero-gap blade that can easily give one’s facial hair a thorough clean up. It also has an LED indicator that monitors the device’s selected length; an attribute that we’ve barely seen before.

While the motor of the Bevel Beard trimmer could prove to be a little noisy at times, the device is very easy to use, and comes with a 360-degree non-slip handling that can help those that are clumsy. It is also relatively easy to clean and can be used in the shower due to being waterproof.

Although the performance it provides is definitely its selling point, the Bevel beard trimmer can also move users with its top-notch Li-Ion battery, which gives the device a dominant running time of 6+ hours! They are also rather compact in terms of appearance, making them ideal travel buddies. 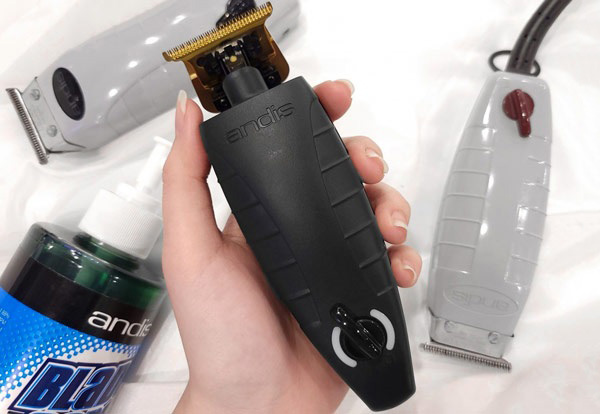 Another option that you can resort to for a squeaky clean shave is the Andis GTX-EXO, which can sweep users off their feet with its T-liner. The T-blade isn’t just effective for obtaining a close shave, but can also be used by those with sensitive skin. The resilient carbon-steel blade can also be used on wet skin, and last for a long period of time due to the durability within its groundwork.

With a running time of 100 minutes and a build that is rather compact, you can expect the Andis GTX-EXO to be a reliable tool when sculpting your beard in an easy and effective manner. If you’re a beginner, the duration provided by its Li-Ion battery should be sufficient and definitely be an incentive to consider.

The Andis GTX-EXO contains a design that can be utilised by beginners as well as veterans that partake in the art of grooming. And despite being too loud at times, the device can change your beard game for life through the help of the multiple attachments that it comprises.

Additionally, due to its carbon-steel T-blade, creating a disconnection or intricate designs is as easy as squeezing lemons when you’re using the Andis GTX-EXO! 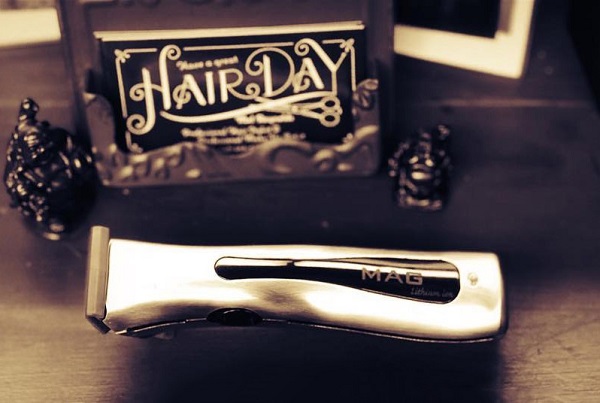 An entry on our list that can move you with its attributes and enable you to save more at the same time is Wahl’s Professional Sterling Mag, which comprises high precision blades that are detachable as well. In hand, it feels rather seamless due to its lean build and it’s lightweight nature.

When used, you can give your beard a shave that is close to a zero-gap shave. However, just like most of Wahl’s beard trimmers, this gadget excels in creating blends, disconnections, and getting rid of excessive pieces of hair around your beard.

With this Sterling Mag, you can definitely take your time when grooming. On average, the Li-Ion battery of the Sterling Mag can run for 120 whopping minutes. And with the four trimming guards provided with the tool, you can easily address any and every beard issue! 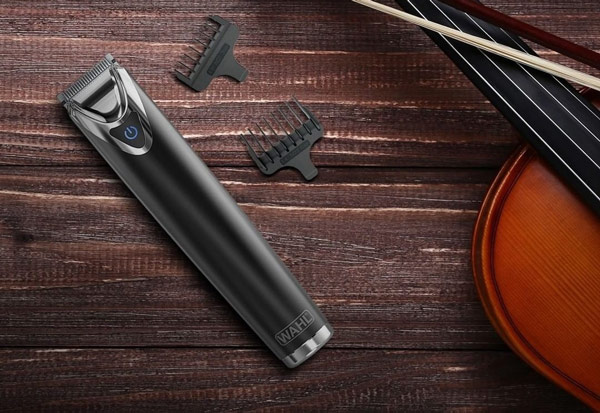 If your budget is between $60 to $80, the best possible beard trimmer that you can control your scruffy facial hair with is Wahl’s Lithium Ion 2.0+, a device that is heavily carried by its battery life. It’s a foil shaver that comprises a precision T-blade to get rid of bulk, add structure, and create a new design on your beard. Since it is a foil shaver at the end of the day, those with sensitive skin can obtain maximum results with zero drawbacks!

While the weight of this item might feel a bit too heavy in hand, the Wahl Lithium Ion 2.0+ has an outstanding reputation due to the Li-Ion battery it has, which gives the gadget a running time of 6 whopping hours! In addition to offering an exceptional battery life, it also has 10 attachments that can change your beard game in 28 different ways.

Although the device isn’t waterproof, Wahl’s Lithium Ion 2.0+ can be a great purchase for everyday use. It provides a series of accessories, has a relatively quiet motor, and contains an LED indicator that monitors the battery. Additionally, because of its powerful battery, you can also take this model on a trip by leaving the charger behind! 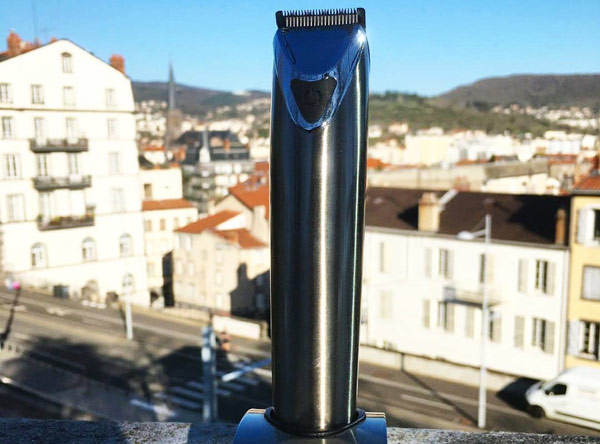 Just like the Ion 2.0+, the Wahl Lithium Ion+ also contains a remarkable Li-Ion battery that can operate for 6 hours straight and can recharge to the fullest within the span of an hour! When charged for a minute, the device tends to provide 3 minutes of running time, which could be enough for a quick trim. However, in contrast to the 28 lengths that the 2.0+ can cover, the Lithium Ion+ falls a bit short, covering 12 lengths with its multiple attachments.

While many might be discontent with how heavy the device is and have an issue with how it’s not waterproof like a majority of the entries, the Lithium Ion+ could be worth the investment due to its travel-lock feature. In short, a travel-lock trimmer is a gadget that can disable its power button with the push of a button. The time frame of the travel-lock feature is unlimited and the main purpose of it is to protect the gadget when it’s packed in a compact suitcase. 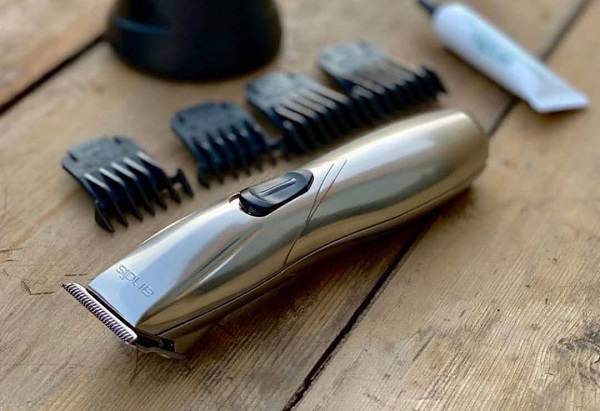 The Andis Slimline Pro is an option that you should consider if you’d like to save more by spending less. It contains a close-cutting T-blade which may fall short of eliminating all the hair follicles but will stand out exceptionally if you’d like your beard to shed some weight.

The Slimline Pro is also a desirable recommendation for its Li-Ion battery, which provides the device with a running time of 2 hours. However, testing the limit repeatedly might cause a decline in its performance.

Andis’ Slimline Pro comes with a charging indicator but could be a bit tough to cope with due to its loud motor. Additionally, when put to the test, the Slimline Pro stands out for designing polished fades, moustaches, and beards. 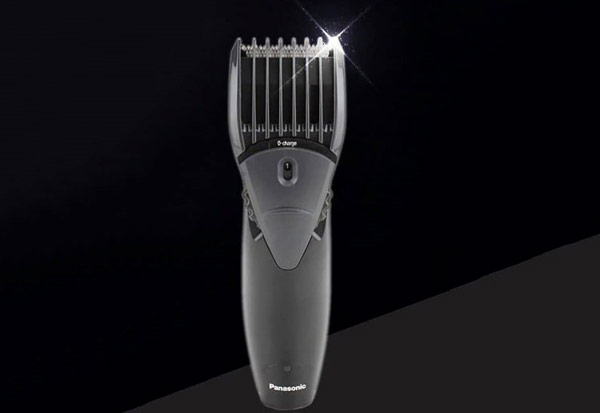 If the main incentive of yours is to find a budget-friendly cordless beard trimmer that will bring effective results and change your patchy beard indefinitely, consider looking into the potential of Panasonic’s Cordless trimmer. It contains a 45-degree blade system that can give your scruffy beard a much-needed shape-up, which can even be used in the shower due to the device’s ability to be water-proof. However, keep in mind that the blades might prove to be ineffective for a close shave.

This beard trimmer of Panasonic is also a bang for its buck due to its ergonomic build, which comprises a grip that makes the device easy to handle. The design is also leaner than expected and can fit perfectly into a suitcase without feeling cooped up.

While the price tag is the most appealing trait of this option, two more features that make this cordless Panasonic trimmer a bang for its buck is its impressive running time of 50 minutes and the open water drainage system at the bottom, which enables users to clean the gadget in a jiffy!

As the name suggests, corded beard trimmers contain a cord at the bottom. While this could be beneficial if you believe in taking your time when cleaning your beard, the limited amount of reach that a corded trimmer provides could be an inconvenience when giving those hard-to-reach areas a clean-up.

On the other hand, in addition to being seamless to use, a cordless beard trimmer is also user-friendly because it is as free as a bird! Users can utilise the tool to create a clean disconnection, clean up areas that are hard to reach, and shave against and towards the grain when necessary without having to worry about a wire that will hold them back.

Both corded and cordless trimmers are known for being exceptionally convenient to use and feel great in one’s hand. However, due to ergonomic builds, cordless trimmers are made of materials that are less heavy and more durable, feeling more weightless in contrast to corded trimmers. This could make no difference to those that aren’t pursuing a career in the hair industry, but could work wonders for barbers and hairdressers!

Since corded trimmers were always powered by electricity, it always had the upper hand in terms of battery life and even served users for a lengthy period of time for quite a while. However, ever since cordless beard trimmers started incorporating Li-Ion batteries instead of NiMH batteries, not only have they been running for a lengthier period of time, but are also more likeable due to their enhanced shelf-life.

With its easy-to-adjust blade and ultra-close trimming abilities, the Bevel beard trimmer is without a doubt our recommended pick. While it is far from convenient to look into for those that are working around a tight budget, Bevel’s beard trimmer comprises blades that can give you a quick clean shave, and a battery life of 6 hours, that can serve you and your grooming needs for months if used every now and then. When used continuously, the Bevel beard trimmer is known for maintaining its temperature.

However, once the blades have run its course, it could be difficult to find new replacement blades. And if you’re not okay with the former inconvenience, you can always side with the Andis GTX-Exo, which contains the same price tag, and technical abilities, and is an easy tool to operate and navigate. However, in contrast to the 6 hour running time of the Bevel, the Andis GTX-Exo is rather underwhelming, as it can only run for a total time of 100 minutes.

Additionally, if you’re seeking something that contains top-grade blades, an above-mediocre battery life, and is ideal for getting rid of bulk, don’t forget to consider the potential of Wahl’s Professional Sterling Mag. In addition to being significantly cheaper than the first two options, Wahl’s Professional Sterling Mag is also light in the hands and easy to navigate. Although the tool can get stuck when used on coarse hair, this option could be perfect for maintaining the length of normal to thin facial hair.

Furthermore, if making a pick is difficult for you due to your moderately low budget, try picking between the Ion 2.0, the Ion +, the Andis 32400 Slimline Pro, and Panasonic’s Cordless Blade. Although all four of them will definitely help you with retaining a chunk of your savings, the Ion models should be picked if you prioritise battery life more than anything else. When charged for one long hour, both models can provide users with a running time of 6 whole hours!

On the other hand, if you happen to be a beginner whose main aim is to give facial hair a clean-up on a regular basis, you should definitely experiment with either the Andis 32400 Slimline Pro or Panasonic’s Cordless Blade. Both of them are budget-friendly, have a relatively impressive battery life, and can be cleaned quite easily after each use!