The Braun Series 9 caught my eye with the ‘Pro’ title, making me wonder whether they’re really focusing on professional barbers for this shaver or can it be used frequently by home consumers as well.

Also, I was in a doubt whether someone like myself who already owns a Series 9 shaver should go for an upgrade purchase, whether it’s going to be worth it or not.

With these doubts in mind, I bought a separate 9 Pro shaver and compared it side by side with the original Series 9 to identify the differences and areas Braun improved their capabilities.

Thus, I’m presenting my personal experience with these two devices with the Braun Series 9 vs 9 Pro debate, featuring feedback from my wide range of customers and further opinions from experts on the matter.

So sit back and read through what these two excel at over the other which should aid you in your pursuit for the best shaver in town!

Braun Series 9 vs 9 Pro: A Debate You Must Look Into

Although many people might tell you that the Braun Series 9 vs 9 Pro is a redundant battle because they almost share the same features, I’d like to disagree. They DO have certain differences which should prioritize one over the other based on user preferences. Let me break them down to you.

I’ve literally placed both of the Series 9 and 9 Pro under a magnifying glass to see how many cosmetic changes Braun has brought in the latest device. I was able to find out only one major change, which is the positioning of the Safety Lock button.

It’s really a welcome change for me from the original Series 9 because there have been numerous incidents where I accidentally pressed it. It was positioned right underneath the thumb if I had a firm grip on the device. 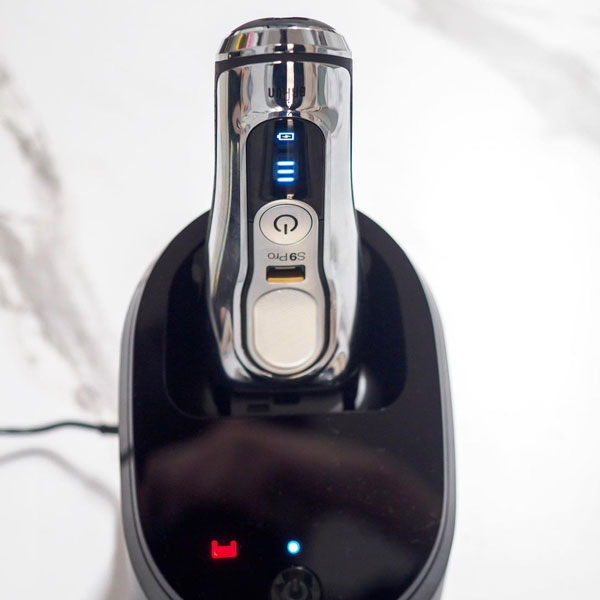 In the Series 9 Pro, Braun has listened to the cries like consumers as myself and shifted the button a few inches below. Also, the button has been made smaller in contrast to avoid any sort of accidental flicking.

It relieved my shaving experience with the Series 9 Pro, especially when I’m performing a delicate shaving on my clients. So I’ll side with the latest version for this alteration.

Apart from the Safety Lock, I couldn’t find any cosmetic change and the housings are identical point by point.

Which One Is More Gentle?

Although there isn’t any difference in the foils or the motor or even the blades, the Series 9 Pro has always felt a little bit forgiving compared to the original Series 9. Don’t think it’s my personal opinion because I have extended my research to my customers as well.

For shaving or drawing fades, I’ve used both of these devices on my clients simultaneously. For instance, I’ve shaved one side of the face with the Series 9 and the other with the 9 Pro to truly understand how each of them feels. Get Braun Series 9 at Amazon

To my surprise, almost all of them have agreed to my initial perception – the 9 Pro felt kinder and more gentle to the skin. Don’t get me wrong, the Series 9 original itself is one of the most comfortable shaver units for close shave in the market, but the 9 Pro has been able to go a little extra in this regard.

So in terms of gentleness, my verdict goes with the Series 9 Pro and it’s a killer unit for ones with sensitive skin.

This upgrade might interest you if you’re a professional barber like myself. While the original Series 9 doesn’t come with a cleaning dock inside the packaging, the 9 Pro however includes this utility right out of the box.

The cleaning dock saves me tons of time in terms of cleaning, lubricating and charging the shaver. Previously, I used to place my Series 9 on the charging stand in-between each shave so that there’s some solid juice at the beginning of each shave.

But the Series 9 Pro has gone the extra distance of making my life effortless! I don’t have to frequently clean or lubricate the blades. Rather I just dock it inside the all-round station to receive the utmost comfort of technological gift.

However, if you already own an original Series 9 and only the cleaning dock interests you, you can make a separate purchase of it instead of getting a whole new shaver unit. And if you’re a home consumer, the cleaning dock isn’t really a must as you can clean and lubricate after each shave easily.

This is one of the most premium upgrades that Braun has included in the Series 9 Pro, which is the Power Case. If you’re someone like me who always gets fascinated by the fast pace of technological advancement, then hold on to your jaws before they drop down to the floor.

The Power Case Braun provides you with the Series 9 Pro packaging is like a portable charging unit. It charges up the device using the Qi charging technology that we see in the wireless mobile chargers these days. Get Braun Series 9 Pro at Amazon

If the shaver is fully charged as well as the case, the case will work like a power bank and offer you an additional 50% charge when needed. As I’m a frequent traveler who likes to carry around his shaving device with him, this case has been an absolute game changer for me!

I can literally stack my shaver inside the case which holds it in place. It also works as a travel pouch looking more elegant than anything. There’s a switch inside the case that turns on the charging, with battery indicators both in and outside of the accessory.

I could get away with two weeks of travel without having to plug in the case in any power outlet, and it felt like it could go on another week in the same way!

Braun has this advertisement going on that the new Series 9 Pro is capable of removing a 7 day stubble. When I tested out whether it’s true or not, I realized that they did bring a change in the shaving experience. Although there were one or two pulls or tugs with a 7 day beard, it was much less than what I had felt with the original Series 9.

I prefer shaving everyday and the Series 9 has served me well in this regard. I managed to remove four day stubbles at times with this unit without any discomfort. But it feels great knowing that the 9 Pro brings something extra to the table in this regard!

When I’m shaving using proper methods for a foil shaver, I’ve rarely left behind unshaved patches on my Series 9. But I’ve had customers who told me it has been a case for them with the same shaver and they had to make several passes over to get the flat lying hair.

But when I introduced them to the Series 9 Pro, they said it was much easier for them to remove the leftover patches! I’ve investigated the matter and drawn analysis from the experts to reach the root of it.

What I’ve found out is that Braun has changed the design of the cassette in between the foils. The altered version is more expert in grabbing those flat lying hair and feeding them into the shaver blades. It’s marketed as Lift & Cut in the original Series 9 while the latest version has named it ProLift.

Also, this has been designed to be kinder toward the skin, thus irritation has rarely been felt using the Series 9 Pro. Overall, this feels like a great advantage toward the latest variant of this series and a much appreciated one among frequent consumers.

Other than the major differences that I’ve mentioned in the previous sections, these two shaver units are identical in terms of their features. If you have never used either of them, I reckon you should know precisely what these beauties are capable of achieving.

Get Braun Series 9 Pro at Amazon

The pivoting head is made with 10-D contour following technology. Whether I’m shaving myself or performing on my customer, I always have the scope to be more casual as both these shavers ease out the difficult parts for me.

The Sonic Technology along with the AutoSense technology have made my life as a barber so easy that I can’t describe in words! I don’t have to struggle through different settings for unique beard conditions and densities as each of the Braun devices automatically adapt to every challenge.

Both of the Braun Series 9 vs 9 Pro are completely water-resistant. I’ve performed wet shaves to clients on numerous occasions using both of these units without running into any trouble. Also, I took them inside my shower individually to test out the durability, and they’ve surpassed my every expectation in terms of performance! 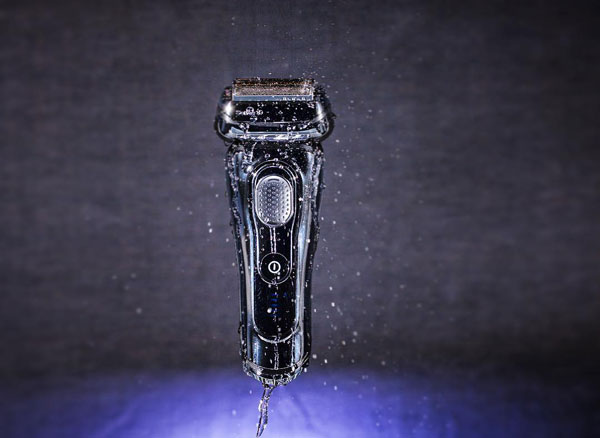 Get Braun Series 9 at Amazon

The grip of these two devices are identical and perfect for barbers who tend to shave all day long. Neither of them has shown signs of slipping out when my hand was slippery with sweat or even when I was shaving wet. So I must give an A+ to the Braun designers for implementing such a superior grip level!

If I exclude the cleaning dock and charging case, both the Series 9 and 9 Pro have given me the same amount of battery backup after a full charge. While stress testing, I was able to get over 45 minutes or runtime from each of these devices and even at the end they didn’t drop motor power at all!

They are endowed with a quick charging technology which has allowed me to get a full shave out of a 5 minute charge during urgent situations and I can’t ask more of them in this regard!

The Series 9 Pro does bring some significant improvements, I’m not going to lie, and it has made my barber life way easier than before. The self-cleaning dock, added comfort, placement of the safety lock button – all of which paves the way for a smoother experience overall.

But is it worth it to buy the Series 9 Pro when you already have the original Series 9 in your arsenal?

I’d say YES if you’re a barber because of the increased convenience in constant shaving, and also for ones who travel very frequently.

And I’d say NO if you’re a home consumer, because spending that amount of money again for these upgrades won’t be worth your investment.

Lastly, if you don’t own either of these instruments and are thinking of buying one, I’d definitely suggest going for the Series 9 Pro – because that’s the winner overall.