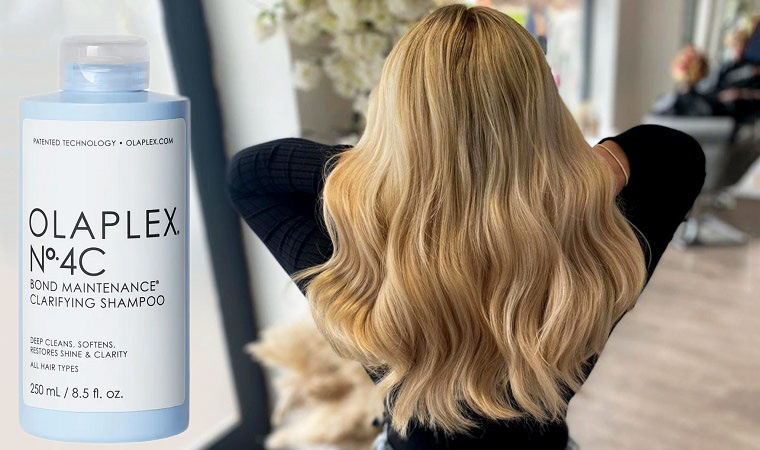 When you’re hooked on experimenting with your hair, a common repercussion that you might have to bear with every now and then could be hair damage. Usually caused by friction, styling tools, and modifications like hair dye, damaging the hair could be a nightmare to many people, and leave a mark on one’s confidence levels if the condition is severe.

Despite being a fresh face in the hair community, Olaplex is a hair care brand that is wise beyond its years and truly one of the best companies to place your trust in if you’d like to say goodbye to hair damage for good! The line is known for incorporating the chemical Bis-aminopropyl Diglycol Dimaleate, an element that specialises in fixing compromised hair strands that may have arised due to a failed bleaching attempt.

Olaplex rose to prominence in 2014 in the world of hair care due to its chemical free ingredients, and the short amount of time that their products typically took to reverse hair damage obtained from thermal and mechanical means. And while it has yet to reach its prime, Olaplex is often one of the most recommended companies in the eyes of many hairstyling enthusiasts.

However, in every seed of good, there’s always a bad. Similarly, despite being glorified for not containing harsh chemicals like sulphate, paraben, and sodium chloride, Olaplex did face tons of backlash in recent years, especially when the brand was accused of triggering signs of hair loss for many customers. And if you’re intrigued to know where the allegation stands at the moment, be sure to join us on this journey as we unveil delicate pieces of information regarding Olaplex and address all the scenarios in which Olaplex can lead to hair loss! 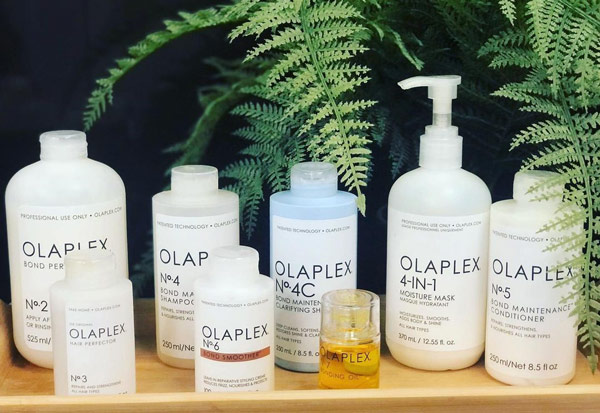 California-based company Olaplex entered the world of hair care with a bang when founders Dean and Darcy Christal found hope in the bond-repairing formula of scientists Dr. Eric Pressley and Craig Hawker. Although the brand’s only mantra was to repair the unfathomable consequences of installing a botched hair dye, Olaplex eventually increased their line by offering a range of items that mostly fell under the category of repairing kits, with a handful of product lines that served as a styling kit.

While each product that they initially released were free of parabens, sulphates, and glycols, the biggest highlight within the list of ingredients that they added into each product was Bis-aminopropyl Diglycol Dimaleate; the main compound that enabled one’s hair to kick start the recovery process with ease. Despite being a lenient form of silicone. an element that is known for weighing the hair down and damaging the cuticles; this herbal ingredient’s ability to repair the hair from irreversible damage in under two weeks is what led to the overnight success for Olaplex, and allowed the brand to expand its fan base enormously over the

Does Olaplex Cause Hair Loss? Solving The Query With The Help Of Its Features 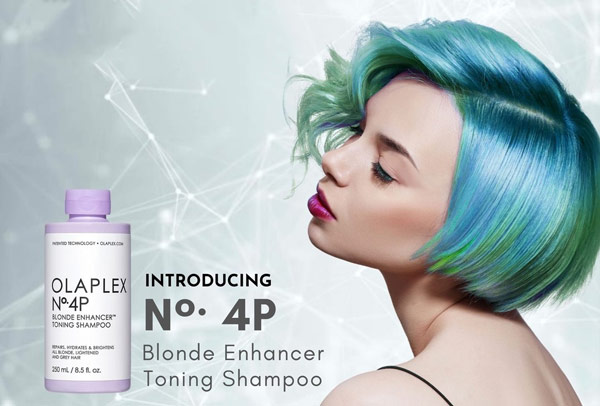 Due to all the hype it received for having a reliable chemical compound which is prominent for its ability to restore the cuticles of one’s hair permanently, Olaplex’s rise to stardom was written in the stars. And while the brand remains a go-to remedy for those with damaged hair with no signs of repair, Olaplex can also kickstart one’s journey to becoming a victim of hair loss.

While Olaplex has certificates to prove how none of their products contain damaging compounds like SLS, paraben, and silicone, one wash with the help of items under Olaplex does take 72 hours on average for Olaplex to work its magic. And if you fail to comply with that trait of theirs, you might just face tons of repercussions.

Although their products contain tons of beneficial ingredients, the hair products of Olaplex aren’t made for regular use. In fact, if you use Olaplex every other day, or even every day, some of the agents might actually clog the pores around your scalp, making it prone to itchiness and susceptible to damage. And even though that scenario can very much be controlled eventually, you will also face temporary hair loss if you put yourself in that spot!

Why Using Olaplex Can Be Burdensome: Analysing The Disadvantages Of The Brand 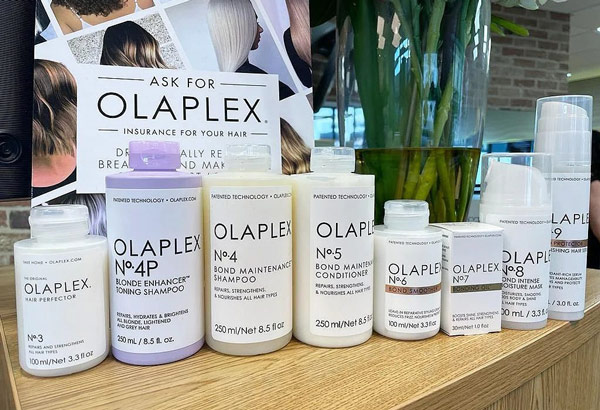 Olaplex can be a tricky brand to figure out if you’re a newbie. Even though the positives of the brand have been backed up by A-list celebrities like Kim Kardashian, you can very well end up losing hair under the assistance of Olaplex if you treat it like average hair care products.

In addition to triggering signs of hair loss, Olaplex can also be a difficult brand to rely on due to certain drawbacks. Be sure to move onto the portion below to find out!

If you’re working around a relatively moderate budget, perhaps you should look into alternative brands that have ties with Olaplex. Since Olaplex is known for having top-grade formulas, the brand carries a hefty price tag that many might struggle to fathom with. Typically, each product of Olaplex starts at a value of $30. However, depending on what the item caters to, the value of the product might even increase accordingly.

While the ingredients are free of chemicals that can dry the hair or damage the cuticles, Olaplex contains products that can be potentially harmful if used beyond a limit, and can bring to the table a toxic reaction. And although the poisonous reaction can definitely be reversed and recovered from, going back to square one could be extremely challenging if your scalp is sensitive or prone to damage in general.

Is not a one-man army

Using Olaplex can be the ultimate cure for your hair if you never thought once before modifying the strands indefinitely with the help of ingredients that are potentially harmful. However, if you do invest in one of their products, be sure to purchase the additional items as well.

Since each item tends to work together and tackle different issues, you should always go all in when experimenting with Olaplex for obtaining the best possible results over the course of 3 weeks. Failing to do so won’t just lead to zero progress for your hair, but might also make your skin more susceptible to hair loss. 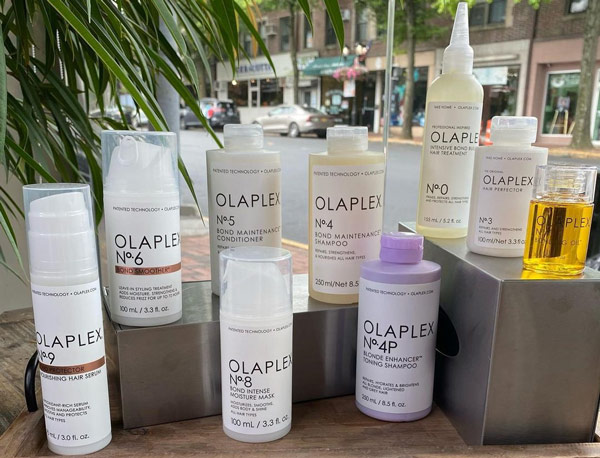 When Olaplex initially came into existence in 2014, it was rather quick in establishing its dominance within the hair industry, and towered over multiple prominent hair care brands with each year. However, its fall from grace was just as impactful, and happened rather recently after the company faced tons of backlash for its products.

Although the brand became an overnight sensation on TikTok in 2021 throughout 2022 and was backed up by tons of prominent influencers, the progress it had made through the help of the video-streaming platform came to a halt when Kristin Cavallari, a beauty influencer, flamed the California-based company for misleading their fan base on Instagram. Using a series of posts, Kristin expressed how using Olaplex’s products “broke her hair,” warning users to use the brand’s items in moderation.

Things got progressively worse from there, especially when a group of 3000 members on Facebook filed complaints about Olaplex and how much their products harmed their hair. While many did see the positives of their products bloom when the items were being used on the regular, they also believed that their hair started “falling out in clumps” once the items had reached the end of their shelf lives.

Additionally, in early 2022, the founders of Olaplex were also hit with multiple lawsuits in Canada and multiple regions of the world. One of them arose when members of the EU found Lilial within their ingredients; a chemical compound that can lead to infertility. Many also claimed that Olaplex was banned in the EU afterward, which was later debunked and believed to be a publicity stunt.

The Ways In Which Olaplex Helps The Hair: The Flipside

While Olaplex came into existence solely to help victims of damaged hair, there are tons of benefits that one might notice once they rely on Olaplex to handle their hair care needs. From making the hair more durable to improving the appearance of the hair, here are all the positives that using Olaplex might bring to the table!

The most noticeable positive of Olaplex is its ability to shape the hair’s appearance for the better. Since Olaplex manufacture their items with zero parabens, sulphates, and incorporates hydrating oils such as jojoba oil, and moisturising compounds such as glycerin, using their 3-step solution can be the ultimate hack if you’d like to eliminate the frizziness within your strands for good!

It strengthens the cuticles

Another benefit that many can look forward to when siding with Olaplex is its ability to strengthen the cuticles with each use. Since Olaplex creates their products with herbal agents like aloe vera juice and behentrimonium methosulfate, a non-sulfate curated by rapeseed oil, the combination of the formerly mentioned duo can soothe the scalp and roots of a user, which can promote the growth of healthy hair. The moisturising abilities of behentrimonium methosulfate can also add to that feature, and can even work wonders for those that suffer from hair tangling.

Contrary to popular belief, using Olaplex doesn’t lead to an increase in the amount of the hair follicles one contains. However, due to the involvement of Bis-aminopropyl Diglycol Dimaleate, a chemical that is known for improving the condition of one’s hair, using Olaplex can definitely come in handy if you’d like to restore the hair that you once had.

It brings noticeable progress in a short span of time

Olaplex initially received its breakthrough after hair enthusiasts discovered the unparalleled benefits that its main chemical, Bis-aminopropyl Diglycol Dimaleate, brought upon the table of each user. However, the brand reached new heights when it successfully backed up its claims about bringing noticeable results in no time. On average, users typically experience tons of positive progress just 3 weeks after incorporating Olaplex into their routine; especially when the right restoring kit is used with the right techniques.

Maintaining balance in life is extremely important, especially if you’re aiming to make consistent progress. Similarly, while products like Olaplex are extremely helpful for one’s hair and can bring forward sublime results in the matter of no time, overusing the kit might actually harm your hair more than you’re aware of. In addition to containing multiple chemical ingredients that can aid those with hair loss, and restore damaged follicles as well, Olaplex’s product kits comprise items that are often rather highly-concentrated. When overused, the products can damage one’s skin and make their scalp prone to diseases like redness, itchiness and dryness; all of which can lead to hair loss. They can also be relatively expensive to obtain. On average, one product of Olaplex could cost you $30. Additionally, if you do go forward with buying a combination of products, you might have to spend around $100 every 2 months on Olaplex alone!

Overall, although Olaplex might indeed lead to hair loss if certain boundaries are crossed and the kit is seen like any other hair care equipment, when used in moderation, Olaplex can probably leave you in awe with its abilities. In addition to having the presence of their major compound Bis-aminopropyl Diglycol Dimaleate, which is known for shielding the hair from the harmful effects of bleaching and colouring, Olaplex is also a vegan company that is cruelty-free, and sulphate-free. Additionally, using Olaplex could prove to be extremely crucial, especially if the primary reason behind your hair loss is the pH imbalance on your scalp, as it is known for bringing one’s pH levels back to normal over a gradual period of time.