Let me preface my review by saying that there’s nothing shameful about being bald. Losing hair is a pretty common phenomenon and your life doesn’t depend on your hair.

Having said that, being able to reverse hair thinning, that too without going through an invasive transplant is the luxury I wouldn’t miss. I started losing my hair due to PCOD since the age of 17. That’s quite traumatic for a teenager. Over the years, I have tried several combinations of treatments. Some of them showed visible but temporary results, some further aggravated the hair loss.

It’s quite obvious that I wasn’t super psyched about HairMax LaserBand when I first got to know about it. The internet hypes up anything and everything these days. But since I had never tried Low-level Laser Treatment before, I was curious to try it out for once. I looked up how this technology exactly works and honestly, it looked promising.

But before that, I should elaborate on what laser therapy is just to give you some perspective:

Low-level Laser Therapy 101: What You Need to Know

To understand the working principle of laser therapy, you need to take a step back and find out what’s causing the hair fall, in the first place.

Alopecia is the “geeky” term for hair loss. It can be triggered by various factors, such as thyroid problem, chemotherapy, stress, medications, or some other underlying physical issue. 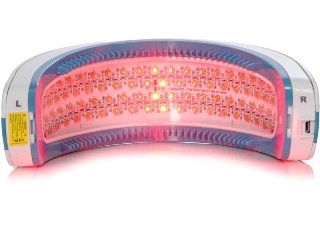 But the majority of hair shedding cases are attributed to genetic and hereditary disorders. The term for this condition is Androgenetic Alopecia (AGA). Both men and women can be the victim of it.

When DHT begins to freely flow through the bloodstream, it can interact with the receptors of the hair follicles residing on your scalp. This can potentially make the follicles weak and reduced in size. Follicle miniaturization stunts the growth of your hair and makes your existing hair weak at the roots. You know the rest.

Get LaserBand 82 at Amazon

How Does Laser Therapy Make a Difference Here?

Laser light, when applied in a controlled amount at a specific wavelength, can interfere with the structure of the scalp. The therapeutic light energy activates the epidermal stem cells under the scalp which ultimately leads to follicle stimulation. 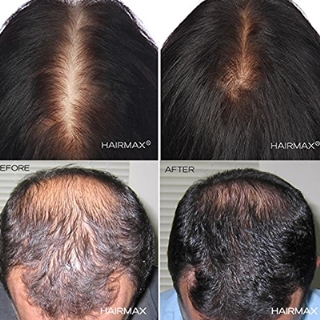 Long story short, it naturally reactivates dormant hair follicles, thus extending the growth cycle of your hair. This lengthy and complex process slowly restores the strength and appearance of your tresses.

Low-level Laser Therapy has been clinically proven to boost hair growth in the Anagen phase. Now, what in the name of God, is Anagen phase?

How hair growth cycle can be divided into 4 phases:

Baldness occurs when the time between each phase is shorter than what it’s supposed to be. By giving the hair follicles a new lease of life, laser energy helps to extend the proliferation of follicles in the Anagen stage.

It’s been proven to be the most effective and sustainable method to reverse hair fall due to genetic and hereditary factors.

DHT not only causes hair loss but also scalp inflammation. Red, bumpy and itchy scalp can also indicate the onset of Alopecia Areata or some form of fungal infection in the scalp.

If left untreated, it could lead to permanent baldness. Low-level Laser Therapy soothes the inflamed follicles, improves blood circulation in the scalp which sets up a friendly environment for your hair growth.

What Is HairMax LaserBand 82 and What Makes It Better Than Hair Laser Therapy Devices?

HairMax LaserBand 82 is packed with 82 medical-grade laser diodes that release red light at a wavelength of 655nM +/-10nM. The cleverly designed parting teeth on the band makes sure that the therapeutic light positively reaches the depths of your skin. 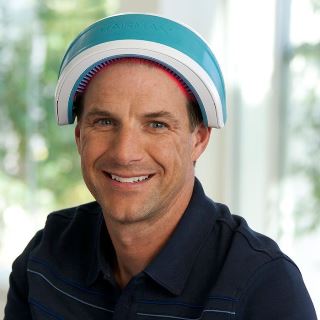 Numerous clinical research has shown that 655nM +/-10nM is the ideal wavelength at which laser light can penetrate the structure of our scalp. The medical-grade lasers keep the laser light emissions to a safe level for humans.

HairMax LaserBand is significantly costlier than most laser therapy devices. All of them advertise more or less the same features and functions. So what justifies the steeper price tag of LaserBand?

I have seen most cheaper products using LED lights and UV lights to stimulate dormant follicles. LEDs are effective but only to a certain extent.

That’s because the wider coverage of LED light pushes some of the light out of the ideal wavelength range. And I guess you already know about the connection between UV rays and skin cancer.

Many recent research has rendered UV light incapable of reviving the epidermal stem cells underneath the scalp.

A basic study of the effectiveness of different lights, power level, and wavelengths on our hair eventually convinced me of the ingenuity of LaserBand.

I could have bought the LaserMax 41 as well which is equipped with 42 medical-grade lasers. I opted more model 82 only because of the higher number of laser lights it has. Shelling out an extra hundred for faster results made sense to me.

Key Features in a Nutshell:

Who Will Benefit from HairMax LaserBand?

According to the information on the product package, HairMax LaserBand is clinically tested and proven to treat mild to moderate hair loss. This is applicable for both men and women battling any form of Androgenetic Alopecia which is essentially hereditary hair loss.

Please refer to the pictures below: 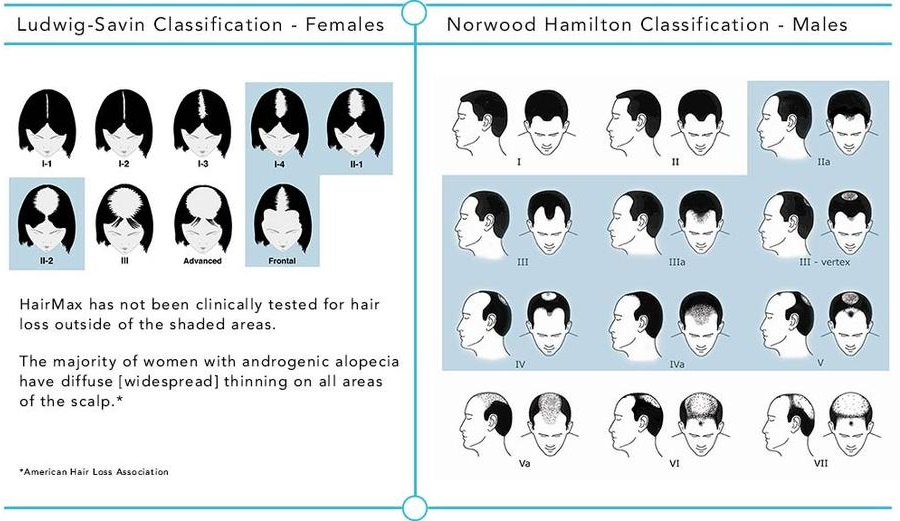 The shaded categories are the ones who can benefit from LaserMax. I fit into the II- 1 on the Ludwig scale and Skin type 2. It’s not like it won’t work on the non-highlighted baldness categories and darker skin tones.

It’s just that HairMax hasn’t tested the effects of LaserBand on those types. Treating severe hair loss (as indicated by the highest digits on both Hamilton–Norwood scale and Ludwig scale) is beyond the abilities of LaserBand.

That’s because, at this stage, the hair follicles are pretty much dead. Laser therapy can only reactivate dormant follicles, not the dead ones.

According to HairMax, LaserBand hasn’t been clinically tested on individuals dealing with Alopecia Areata or hair loss due to fungal infection. So it will probably not be effective on that. You can try though but it will be a hit or miss.

However, women with postmenopausal hair loss or thyroid condition can count on it for restoring their hair condition. While it is not proven to reverse the hair fall induced by chemotherapy, some users have reported noticing minor improvements after a few months of use.

The gear comes neatly packaged in a solid box. In the box, you will find:

The device looks exactly like a gadget aliens would wear in sci-fi movies. It smoothly contours to the shape of my average size head. Even though I didn’t have to, you can purchase a different size of parting teeth for custom fit. 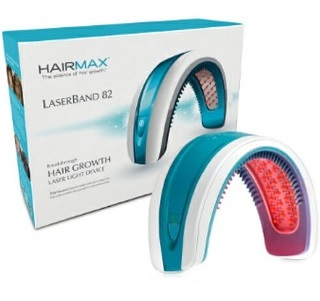 The band weighs roughly 15 ounces and needs to be worn for 90 seconds only. You will find the power on button on the right side of the unit. Use this button set either 30-seconds or 4 seconds intervals for completing the front-to-back movement.

The band glides back and forth without a hitch. So no qualms about the design or functionality. Remember to fully charge the device for 4-5 hours before the first use.

Are There Any Major Side Effects?

Just like you, I was also worried about the hazard of exposing my skin to radiation. Nobody likes cancer.

As it turns out, LaserBand radiation cannot practically cause cancer. We should be worried about UVA light that’s emitted by the sun. The near-infrared light emitted from 82 laser bulbs of HairMax operate on a completely different wavelength.

A couple of HairMax LaserBand 82 reviews have pointed out rapid hair shedding in the first few weeks of using the therapy. It’s normal for your hair to freak out at first, chill!

In order to enable hair follicles to regrow new hair, your scalp will have to let go off the existing damaged hair shafts. The act of purging the scalp is the only reason behind this hair fall and it will stop in a week.

My Experience with HairMax LaserBand So Far

Does HairMax work? Yes, but slowly. You need to be patient. Hair growth depends on several factors. Severity of the problem, scalp condition, internal factors like hormones and of course, your genes play a pivotal role in determining your hair health.

HairMax says that you should be able to notice improvements within 12-16 weeks. This does not mean that it will fill your bald patches with long, dense and silky hair in just 4 months. Nothing can.

You should ideally give it another 5 months or so to see some serious improvement.

Some users have apparently experienced 5% hair growth around the edges of the bald patch in 4 months. As far as I am concerned, I cannot observe much difference on my bald spot so far. My husband says my hairline looks a tad better than how it used to be 10 weeks ago. He is a really sweet man, so obviously he is just sugarcoating it.

But it’s not like the machine isn’t working at all. My hair feels considerably thicker than before, the texture is a lot better too. From the 5th week onwards, I have been noticing less hair down drain and hairbrush which really motivated me to continue the treatment.

And most of all, it’s been only 10 weeks so far. I can’t be unreasonable. The fact that my rapid hair shedding isn’t that rapid anymore makes me feel more confident than ever.

Another reason I have started to become fond of this product is the ease of use. I neither have the patience nor the time to put a huge chunk of metal on my head for half an hour.

LaserBand treatment takes only 90 seconds. You put it on, power it on, move the band from front to back and move on with your life. Similar treatment (read hair transplant) would have easily set me back for a few grands. Plus, they hurt!

I am not a fan of topical treatments like Rogaine and Minoxidil either. I have used them in the past and they made my scalp burn like hell. I’m not saying they are bad, but they didn’t suit me. I love how things have turned out with HairMax so far. I haven’t experienced any side effects so far.

Laser therapy does work if you don’t leave your problem untreated for too long. Starting the therapy in the mild to moderate stage of hair loss drastically improves your odds of success. The wider that bald patch gets, the longer it will take for you to notice any actual difference.

No other treatment has ever worked for my hair without any side effects except LaserBand. So if you want my opinion, give it a go if you are in the medium stage of hair loss right now. Don’t count on the lasers alone. Ditch the junk food, eat healthy, workout or at least go for a jog every morning. Your hair will thank you for it. 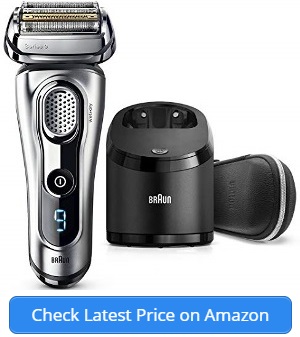