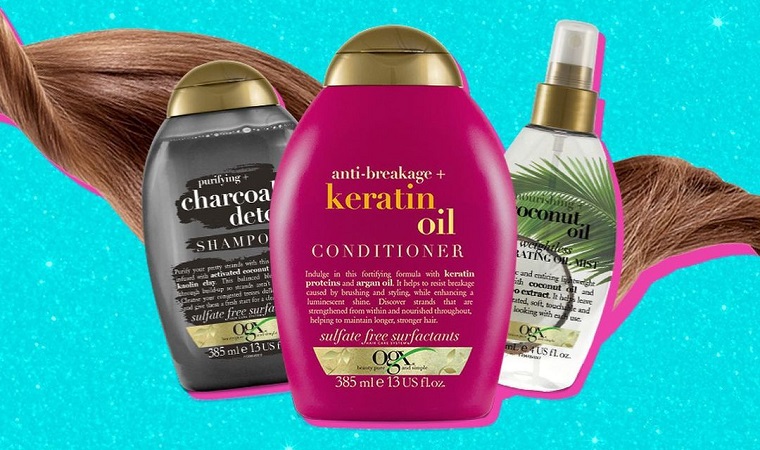 When it comes to buying hair products, one of the many things users crave for is reliability. The requirement is still very much applicable when buying shampoos and conditioners, as it’s always better to go for something that is easy to find, affordable, and beneficial for the hair nonetheless.

Within the pool of good hair care brands that are currently causing quite the buzz on the market lies OGX, a brand whose main aim is to help hair enthusiasts with obtaining the best results possible for their hair type.

While OGX has repeatedly walked the walk and backed up several of the claims it made before rising to prominence, the brand has also faced tons of backlash in recent years due to some of the allegations that were made against the brand; one of which claimed that the brand was not cruelty-free.

In this day and age, it’s always beneficial for a brand when they make products that don’t directly hamper the lives of animals and harm consumers. Vegan shampoos as well as cruelty-free shampoos are constantly viewed under a positive light due to their ethical approach, while those that aren’t are constantly under scrutiny. However, since the claim regarding OGX not being cruelty-free remains an open book still, here’s all that we’ve done to solve that speculation, once and for all! 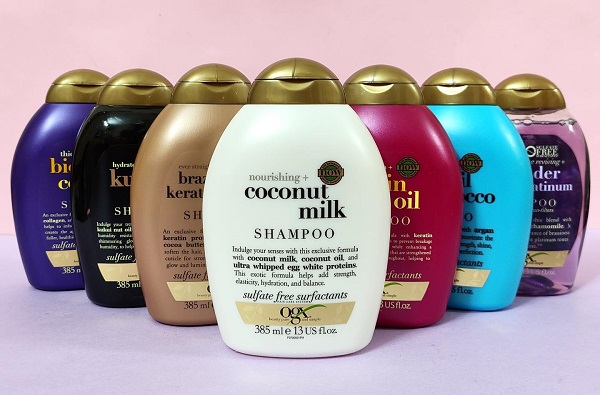 After being born into a family full of hair enthusiasts and hairdressers, Todd Christopher dropped out of high school to continue a family tradition that was passed down decade after decade. While he did kick start his career by working for his cousin at their hair salon, he also found a reliable side hustle in selling hair care products; which eventually enabled him to earn his first million and only increased in numbers thereafter.

After saving up an admirable amount with the help of his abilities as a salesperson and knowledge in hair care, Christopher opened his first salon right as he entered his second year of being 20. Additionally, after spending decades on manufacturing hair care products and bearing an unfathomable amount of losses, Christopher finally founded OGX, formerly known as Organix, in 2006.

Due to having an owner who had already established himself as an expert in the fashion scene and hair industry, OGX’s rise to stardom didn’t take much time. In addition to having A-list fashion enthusiasts to support the products, OGX ensured its breakthrough with the help of the useful ingredients that catered to improving one’s hair. The compact yet wide packaging of OGX’s shampoo and conditioner bottles that was meshed with a series of vibrant colours also helped, as it was really easy on the eyes at the time.

The following years proved to bring to the table various positives for Christopher’s OGX, as it kept reaching new heights with the help of their team of chemists and marketers. And after running the company for 8 long years and selling 49% of its shares to The Carlyle Group, an equity firm, OGX was acquired by Johnson & Johnson for a whopping sum of $3.3 billion!

When it comes to offering quality-assured hair care products at a convenient price, OGX can’t be dismissed. While they are still relatively new in contrast to a series of brands that it competes with on the regular, OGX is surely a beauty brand that is well beyond its years!

OGX Is Not Cruelty-Free: Theories That Back Up Our Claim 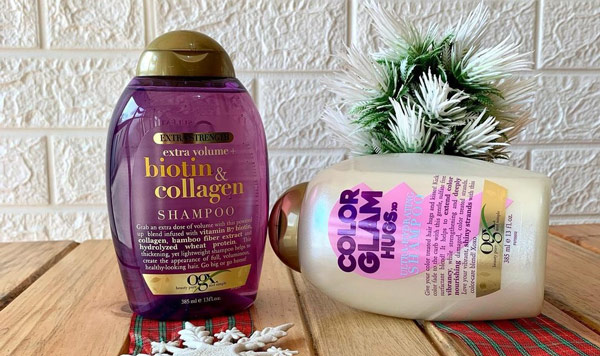 While OGX is regarded as a reliable company when it comes to manufacturing hair care products, the ethical approach that the brand under Johnson & Johnson has is constantly viewed in a cynical way and has made them the recipient of tons of backlash on multiple occasions. This is because, despite having beneficial ingredients, OGX is not a brand that is cruelty-free. In other words, once they make their products, the ingredients are experimented with on animals, mainly to carry out the trial and error method.

The first source that backs up this claim is Johnson & Johnson itself, which has been rather open about testing their products on animals, and has had a history of owning multiple skincare and hair care brands that aren’t cruelty-free.

Another credible activity that provides reassurance on OGX not being cruelty-free is the availability of OGX’s products in the Chinese market, where animal testing is required by law. This venture came into existence in 2015, a year after The Carlyle Group became a minority shareholder.

The last source that proves OGX is a brand that partakes in animal testing when mandatory is PETA, which removed OGX from its list of cruelty-free brands in 2015, shortly after the brand started promoting and selling their products in China.

Since China does have a reputation of testing their products on animals, tons of prominent brands like Paul Mitchell, Hempz, Avida, and so on refuse to sell and promote their products in the country. However, unfortunately, OGX is not one of those brands.

Vegan And Cruelty-Free Brands Vs. OGX: Assessing The Differences And Similarities They Share 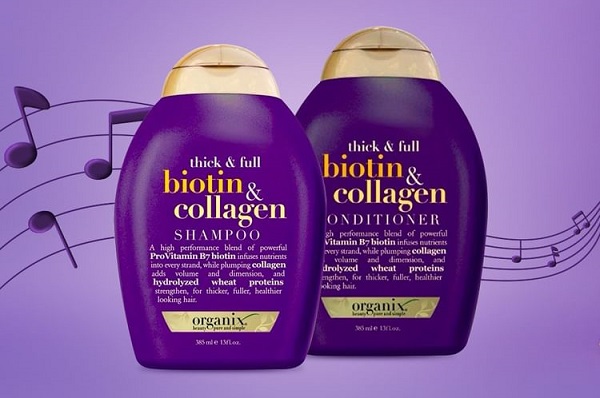 On top of being free of chemicals such as sulphates, parabens, and silicone, vegan and cruelty free shampoos contain tons of hydrating oils; a feat that OGX matches perfectly. This not only makes OGX a bit more credible than they usually are, but also makes their products relatively healthier in contrast to most non cruelty-free hair care brands.

Vegan And Cruelty-Free Shampoos Are Better For The Environment

Despite being better than brands like Dove, Pantene, and Sunsilk, OGX is still a brand that is okay with testing their products on animals, which is definitely harmful for the environment. Their packaging is also made of plastic; which is renowned for causing harm to water resources.

On the contrary, vegan shampoos contain non-biodegradable ingredients that break down rather easily once they’re used. Due to the lenient ingredients, the solution produced by vegan and cruelty-free shampoos also have an easier time when passing through drains, preventing the environment and natural water bodies from sustaining damage.

OGX Might Not Be As Transparent As People Think

Vegan and Cruelty-free shampoos are also perceived in a positive light for how transparent they are to their customers. The ingredients on each product’s label have been known for being beneficial for one’s hair, and generous for those with minor and severe scalp conditions. And while the ingredients used in each product of OGX can easily be found on their website as well as each product’s label, there could be more to it than meets the eye.

One of the not-so-renowned ingredients that OGX uses is DMDM hydantoin, which is a preservative that has a bad rep for triggering symptoms of irritation and redness; which can lead to hair loss in some cases. In fact, at one point in time, Johnson & Johnson were even hit with a lawsuit; which claimed that the involvement of DMDM in the shampoos and conditioners of OGX led to hair loss.

If you’ve reached this portion of the article, we hope you’ve learned enough about OGX, which is one of the many prominent hair care brands that is non cruelty-free. Although the former paragraphs should be sufficient if your main aim is to learn about the sources that prove that OGX is not cruelty free nor vegan, you may also skim through the questions and answers regarding OGX below to give yourself a much needed recap of what you’ve learned so far!

Question: Is OGX a good brand for hair care?

Answer: Despite being criticised for testing their products on animals, and hit by a lawsuit for containing DMDM Hydanton, OGX can be a great shampoo for everyday use. On top of being affordable, OGX is also very reliable due to the positive agents that they use and incorporate into each of their items. They are also miles ahead in contrast to other shampoos that fall under their category.

Answer: OGX is known for being sulphate-free and has several credible sources to back this remark up. They also contain multiple beneficial elements such as hydrating oils, antioxidants, and egg white protein, making them more desirable as a result.

Bottomline: Is OGX The Right Brand To Pick Despite Not Being Cruelty-Free?

While we would not advise those that will feel conflicted for their ethical practices to experiment with the brand, you can very well place your trust in OGX for your hair care needs, as each product contains beneficial properties that can improve the condition of one’s hair follicles, which can definitely make them feel more comfortable in their own skin.

However, there are also drawbacks that you might have to cope with if you invest in some of their products, because the packaging is made of plastic; a material that can harm the environment. It also contains certain ingredients such as preservatives, which may clog up the drainage systems, creating pollution as a result.